I saw this after I posted the last writing about Laura Plantation and the interesting life it had. But this article about the oil refineries along the Mississippi River brought me back to the 21st century with a jolt. You can view the article here 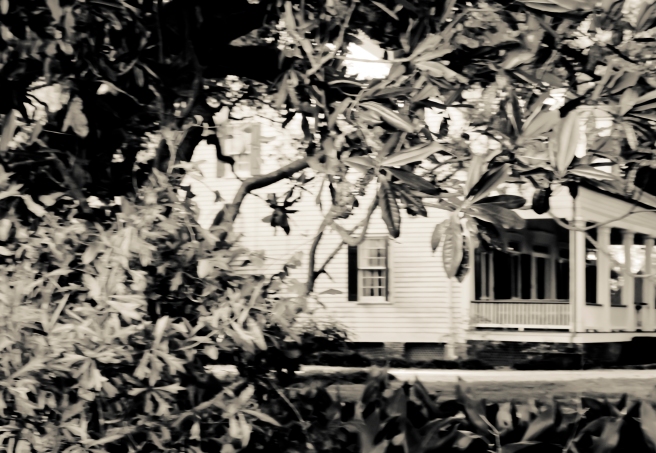 As I was touring the River Road Plantations of Louisiana, I came upon this unexpected treasure that was not listed anywhere. It was the best surprise of my day.

Palo Alto has six thousands acres of sugar cane still being grown annually. It is a beautiful site. The old slave quarters are dilapidated but still there as a shell. I found this place by accident as I was lost after my visit to Vacherie, which you will read about in my next post, and this discovery was not on the map. I was so taken with the place I wandered around photographing until dark. I felt like I had found a beautiful, but forgotten world surrounded by live oaks and magnolias.

Vachaalo Alto Plantation, whose name means “tall trees,” was once a wedding gift from the wealthy Spanish plantation owner, Oscar Ayraud to his daughter Rosalie. The property was later purchased by Jacob Lemann. Since his purchase in 1865, the plantation has been home to every crop native to Louisiana’s rich soil. The plantation has grown considerably in its 150-year existence to encompass more than 6000 acres of sugarcane, pasture land, wooded land, and ponds.

Since its existence, the lands have been hunted and managed privately by its owners. Today, the lands have been opened to the public for guided hunting on its tradition rich land. The “Log Cabin” lodge was built by Jacob’s great grandson, Arthur Lemann Jr., and was constructed with materials from one of pirate Jean Lafitte’’ hideouts. The lodge is nestled in a pristine oak and cypress grove overlooking picturesque Bayou Tomare. Relics surround the rustic, yet comfortable, log cabin and antiques of the plantation’s past steeped in the bayou culture. The house is not on a plantation tour,unfortunately. 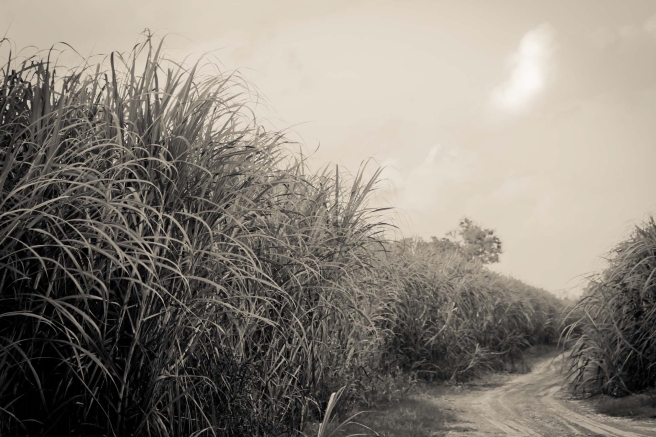 New Orleans has the oldest continuing running operating streetcar in the world. The St Charles runs all down St Charles Avenue and into Carrolton Street and into the border of the French Quarter into Canal Street. It still has the original mahogany seats, brass fittings and exposed ceiling lights. For a buck and a quarter you can take the best tour of New Orleans and get off and walk around where you want. When I took these photograph I was sitting at a sidewalk cafe on Carrolton Street and trying to shoot quickly, but I think the slight blur adds a nice way of showing the streetcars moving. This was also shot at night which I think adds to the romantic feeing of New Orleans. 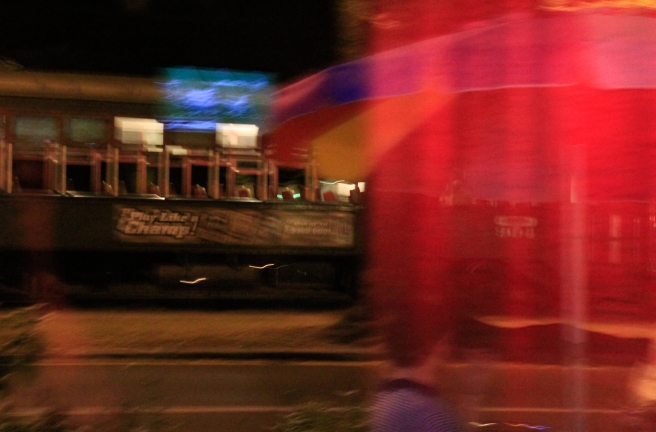 You can take the tour yourself here for now. 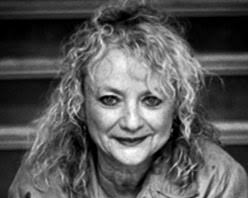 No sooner had I posted the last post about Michael P. Smith, that I received a press release that Debbie Fleming Caffery had received the Louisiana Endowment for the Humanities, “Michael P. Smith Documentary Photography Award”. I have studied with Debbie at the New Orleans Photography Workshop and she is truly amazing. She has been photographing people in Louisiana for over 30 years, the sugar cane workers, Cajun culture and the aftermath of Katrina. She completed a Fellows project for the Open Society Foundation that George Soros started in 1984 for the Fellows Project, in which she documented the effect of Katrina on the African American community, which can be viewed here.

Congratulations Debbie, no one deserved this award more.

This is a musician I spotted playing on Royale Street.  He looked as if he could have been from 1910 right off the boat from Ellis Island, but instead he was playing on Royale Street in the French Quarter in the fall of 2010.  The street musicians are a big part of French Quarter life.  They are allowed to set up on Royal Street  and play for so many hours a day and put out their hat to collect whatever you wish to donate.  There was always a crowd that stopped to listen and help to fill the hat.  One finds a pep to their step as you walk around with the music in the background.  Royal Street was the best place to see the unexpected and to people watch.